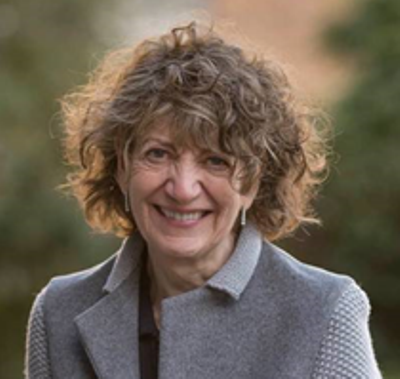 She is author of twelve books, co-editor of a further volume.  Her recent In Therapy: The Unfolding Story based on her B.B.C. Radio 4 series of the same name was rebroadcast in July and August 2018.  The prize-winning Bodies has just been updated ad an extensively changed new edition was published in August 2019. She has also published many papers and she frequently writes for the press.  She wrote a column in The Guardian for ten years. Her book Bodies won the Women in Psychology award for best book.  She is the recipient of the first Lifetime Achievement Award for Psychoanalysis given by the British Psychoanalytical Society. She has a strong interest in social policy, and she co-authored recent government papers.  She was also been a member of government expert panels.

For ten years, she served as Visiting Professor of Psychoanalysis and Social Policy at the London School of Economics and Political Science in the University of London.  She is Academic Visitor at Hertford College, Oxford. With American colleagues, she devised The Body Observational Diagnostic Interview (B.O.D.I.), an assessment and clinical tool useful in addressing the intergenerational transmission of body and eating issues.  She is the recipient of many honorary doctorates and has lectured and has supervised in Australia, New Zealand, North America, Europe, Brazil, Peru, India, and China.

Millions of people have read Fat is a Feminist Issue in the 4 decades since it was published. The BBC Witness programme made this programme about the life of the book. https://www.bbc.co.uk/programmes/w3cswsgl

She brings her psychological and social acumen to The Balint Consultancy and hopes to contribute to several aspects of the work, including individual and couple work, executive coaching, and social policy.